Welcome back Freedom Fans!  Today’s journal covers some more testing, but it also has a teaser for something that is just starting to come together!

I have been working on testing the final expansion JLA mission (other than the JSA conclusion missions), #17.  This features the conclusion of the Injustice Gang storyline, with the League ambushing the Gang in their headquarters, much to their surprise!  I drew heavily on the excellent JL:TAS two-parter, “Injustice for All” for inspiration for this story.  Like the second episode of that arc, we begin with Batman captured and with the League rushing to his rescue.  However, Luthor has an ace up his sleeve, and the villains have backup in the form of the deadly dangerous Amazo!

I thought hard about putting Amazo into his own arc also based on JL, but I figured that I needed to concentrate my storytelling in this campaign in order to get the most bang for my buck because of how much time and effort it takes to create a single mission.  I can plot out endless stories, but there are only so many hours in the day to actually make them.  Thus, I have a less than optimal setup, but I think it makes for a nicely dramatic mission. 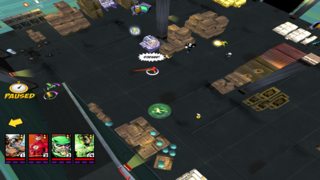 Anyway, because of my stacking the deck against my players, I decided to give them a way out in case they found Amazo too much to handle in addition to the other villains.  Using a setup I’ve used often before for turrets and other defenses, I gave Amazo a “kill switch” of sorts.  I created Amazo with a custom encounter, giving him a custom name so I can deal with him between encounters, but I also created a switch in that encounter, which, when flipped, triggers a CS that kills Amazo (bob).  To give the players a hint, I put in a time-delay CS to tip them off.  Check it out here:

Start Cutscene:
Wait for 240 seconds
Hero says, “Look! If we can get to Luthor’s equipment, we might be able to disable the android!”
Red Arrow on warehouse2_object1

The mission itself was, once again, a bit of a mess at first, but fortunately, it was mostly an easy fix.  I had mixed my metaphors again in the main CS where the heroes confront the villains, using ‘real’ names (black_manta, cheetah, etc) instead of the substitution names I had given those characters so I could manipulate them between encounters (wet, cat, etc).  That kept the CS from playing.  You see, I had split the villains into two encounters, with Luthor in one and the rest of the Gang in another.  I did this because I had to get clever to work around Luthor’s Energy Shield interrogation bug, which I described in the first journal entry.  I had a devil of a time coming up with a workaround. 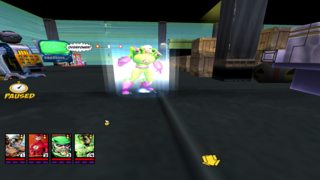 The simple thing would be to just use a Cutscene encounter with a new Lex after the defeat of the first, but this would mean you wouldn’t have to defeat the entire team to win.  I tried using that strategy, but starting the CS with a “Starts When” condition, triggered once the other encounters are finished, but those are always temperamental.  It didn’t work, so I tried a LOT of other things before settling on an unorthodox solution. 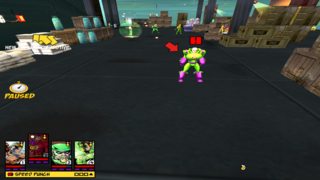 I made the final encounter a custom one, with conditions to turn off Lex’s AI and the “Allies Want to Chat” condition, meaning he’s interrogatable, without having to be defeated first.  This means that you won’t be able to talk to Lex until there are no enemies near by.  It’s not a perfect solution, but it gets us much closer.  Now, chances are, players will finish off everyone else before trying to talk to Lex.  Unfortunately, the Chat encounters have never really worked, but I got around this too.  I made the CS the End Cutscene for the encounter, so even though a Chat CS won’t work, as soon as the players click on Lex, the End CS plays, which has the same function.  And, viola, we’ve got a functional mission that even has some neat features.

With those intermediary missions finished, I’m on to the new JSA missions!

First, however, I haven’t just been working on testing.  No, I’ve been hard at work updating and tweaking other parts of the DCUG as well, and with the help of our riduclously talented and awesome community, I have a few new additions to show off.

There are a ton of really fantastic meshes, skins, and skopes out there for my favorite hero, Aquaman.  However, as you might imagine, I’m a tad picky about him, seeing as he is my favorite.  So, with the help of the community, and especially Detourne_me, I got an all-star team of mesh, skope, skin, and keys to create my ideal Aquaman for FF.  I also tweaked his powers and abilities, and he’s now more awesome than ever.  I even changed up his aquatic telepathy to use the ‘doot-doot-doot’ sound effect from the classic cartoon! 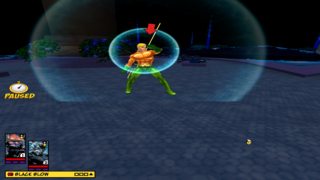 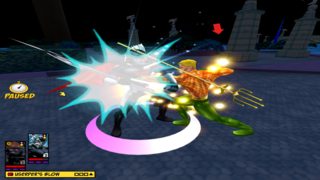 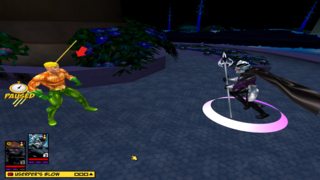 This awesome Aquaman deserved equally awesome villains, so asked Deanjo2000 to customize some new versions of Black Manta and Ocean Master.  The results are just plain stunning!  Dean really did an exceptional job on both, but his Orm is especially great because he was able to take my vague, unhelpful requests, and turn them into a really nice version of the New 52 look for the character that also incorporates some classic elements as well. 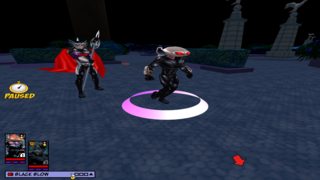 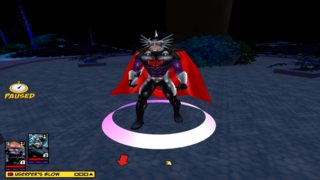 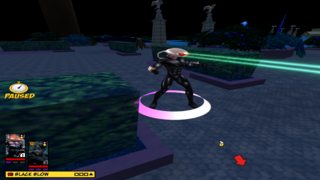 And finally, Detourne_me came through once more, providing me with something I expected to be quite tough, and doing it in record time as well!  Feast your eyes on a classic piece of DC war-comic history….the Haunted Tank! 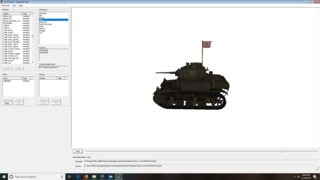 These are only the beginning, too!  I’ve got several more skopes/skins from Dean and from others that I’m going to be using to update and expand the mod in the days to come.  I’ll post some teases for such updates in these journals from time to time!